Blame Your Brain for Being Late? Really?

So now there is a biological reason for being late! Well according to the researchers reported by Elle Magazine. But, I am guessing 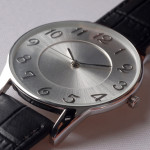 that if you had to meet an attorney at $500 an hour you would be on time, or tickets to a program that did not allow late arrivals, or how about your surgery that is scheduled at 7AM sharp. More than likely if you are late, it is because you have decided the consequences are not that dire.

Surprisingly I Used to be Late

You may be surprised to know as an author on Organization, that I used to be almost always late to my appointments by about 15 minutes, back in the 90s. I did it all the time, to the point that even my client’s “joked about it.” I suppose it was their way of telling me that they noticed. It actually worked. I don’t think I lost any clients over it, but I was tired of the, “Oh I knew you would be late so I didn’t schedule the conference room till now.”; “No worries that you are late, I can usually count on you being about 15 minutes late.”; or “I would be shocked if you were on time, I schedule our meetings 15 minutes late anyway.” This was not how I wanted to be perceived.

Different Standards for Others!

Ironically, my boyfriend was also 15 minutes late but never allowed me to be late…he would leave if I wasn’t there by the time he arrived. We finally had an open discussion (after many years of dating) and he was upfront, “I don’t want to wait at the restaurant by myself.” He continued, “I am perfectly capable and do appear on time when I need to…lawyers, time sensitive meetings like depositions, and court cases…but if I don’t need to be on time or I don’t want to be on time I don’t.” Basically, it sounded to me like he was claiming the status of the Queen—the Queen is never late, when she arrives that is when things start. But I also got the message, we decide when we can be late and when we can’t…

How to stop being late! 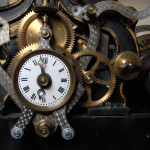 So for myself, I decided I wanted to always be on time and it was time to make a change. In making any change deciding what you want is the first step. But, here are my tips on how I got over being late without changing my DNA.

Being on time is good for your heart!! But maybe your brain doesn’t know that—yet!

The Purpose is to Enjoy Life!